This post is a continuation of the previous one, "A Giant Custom Art-Folder"

I secured the corners by hot-gluing the little (folded) red tabs to the adjacent folded edges. 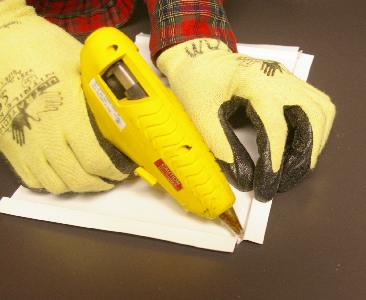 I pressed the freshly glued tab in place with a stick of wood. As I said, each of the pockets is essentially a three sided box. 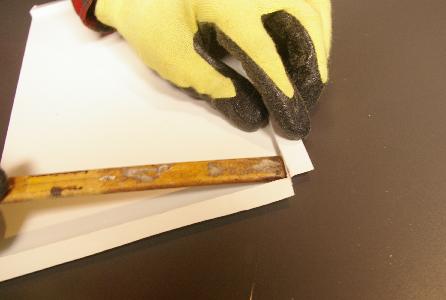 I then secured the pockets to the folder sides by hot gluing the side-tabs to to the appropriate positions on the folder-leaves. 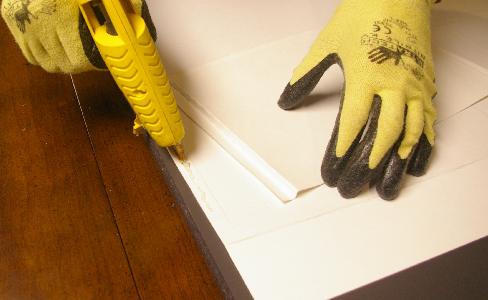 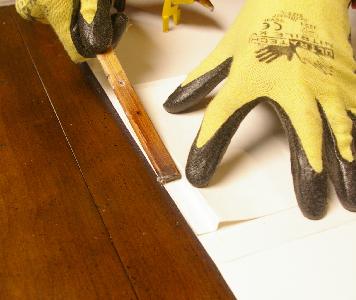 And here is the step that I later undid. This is how I usually form the "floor" on all my basic folders, but it didn't really work in this case, as I will explain below. 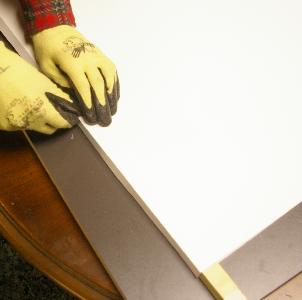 I put the length of wire in place under the tab in the fold, and glued the fold down under it. 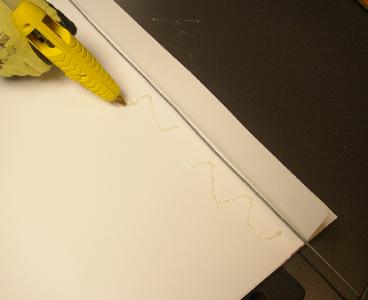 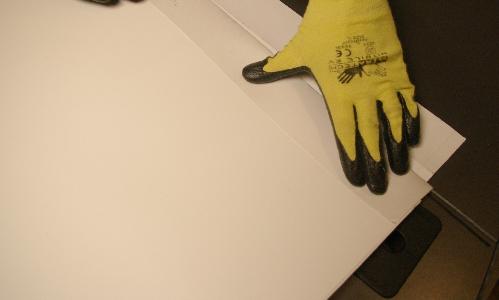 The folder wouldn't close properly due to all the glue beads at the bases of the four lower pockets. I realized I needed a more flexible "hinge" to form the bottom of the folder to accommodate these irregularities. I was able to undo the main glue joint at the base, using a blowdryer to heat it, and a palette knife to separate it. I then cut off these edges (which together had formed the defective "hinge") and tried to come up with a better way to fasten the two halves of the folder together. 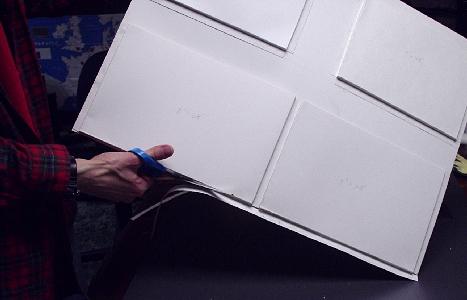 I decided to use a piece of scrap vinyl, which I cut to about 5" wide, and secured to the outside of each leaf of the folder with packaging tape. Then I trimmed the ends flush with the ends of the folder. The vinyl did the trick; the folder closes fine now. 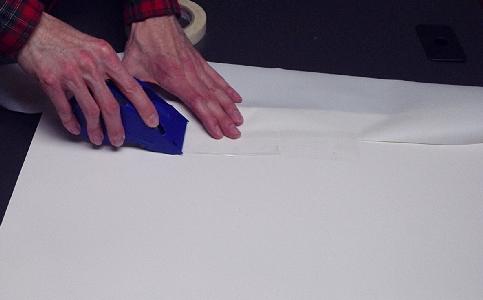 So here it is, filled with various pictures. The pockets are obviously shorter than their contents, but this was necessary to make those contents accessible. As with all my giant hanging folders,  I hooked the ends of each wire (using a couple  pairs of pliers) so the folder could hang in my filebox without slipping off the rack. The arrow points to one of these four hooks. 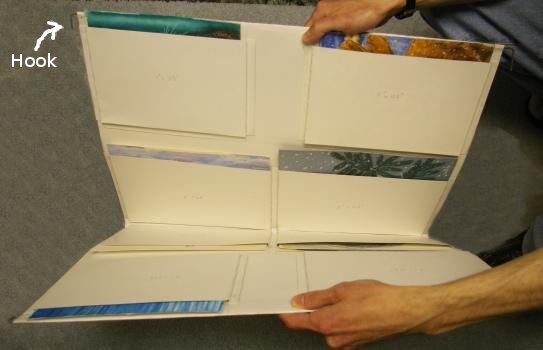