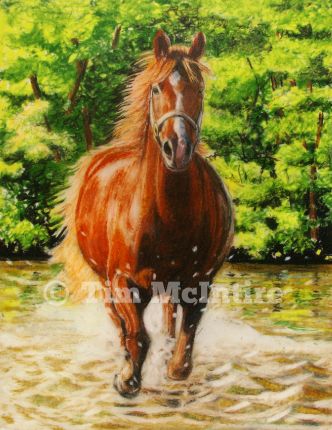 until I saw what great results so many miniature artists get with it. It was an “aha” moment when I first tried my Prismacolors on this very durable and versatile surface.  Here’s what I have discovered so far:

I have also found out, through both reading and recent experimentation, that water-soluble colored pencils are even more promising in the area of detail than their "dry" counterparts. The only downside I have seen so far is a lack of lustre, more characteristic of the conventional pencils, which contain wax.

Hope to relate the results of future experiences with both these media in a later post.